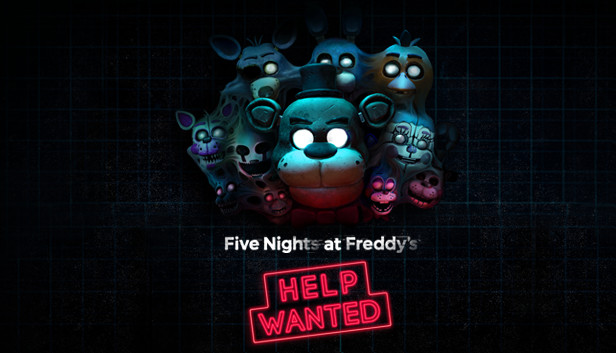 Five Nights at Freddy's is a horror game that starts takes place in the Five Nights universe. The objective is to survive killer animatronics and the developer Steel Wool Studios successful executes scenes which feel realistic enough to make the player genuinely scared. The app is a series of mini-games and experiences, with engaging user interfaces (UI).

The UI helped add to the illusion that you were really inside the scene; rather than having a UI menu to select different options, there were physical buttons integrated into the set (e.g. a 3D control panel and big arcade buttons). There was a classic 2D UI menu which was used for the intro, settings, and menu screens. In all cases, rather than using a pointer to select the buttons, one had to physically press the buttons which made the scene feel much more real and eerie.

The inputs and controls in this game are standard; the majority all used physical interaction rather than a pointer. Most user interface controls were also 3D and integrated into the scene and the few that were 2D still required physical button pressing. There are no custom models for the controllers and it makes sense where functions are mapped.

The overall gameplay is pretty straightforward even for beginners, although there are several mini-games and scenes which take several tries to figure out. There is a decent amount of content on Youtube to help you out if needed, but the tutorials are not necessary to figure out the game.

More of the interface is symbolized by its real life metaphor than not, however, there are a few instances where a 2D menu is used: the home menu, intro, and settings all use 2D UI. The balance feels well developed because the 2D elements are all not part of the app experience, but are part of the introductory set up. All the buttons and interfaces within the Five Nights at Freddy's game experience use skeuomorphism.

The sound design is very effective and important to the game; there are noises and eerie music, when there is a jump scare there is heightened sound to increase the players fear and surprise, but most importantly one must listen closely to the animatronic's footsteps in order to fend of their arrival quick enough!

Both the left are right hand are supported, but not all functionality works when only one hand is available. The text is all legible and the fonts add to the horror theme. Many parts of the story could be done sitting down, but overall this is a game that is better played standing. Moving within the game is either done through pressing a button to take you into a different room, or navigating within your boundary box within the room. There is not a lot of locomotion, which makes the game less nauseating than some other options. The only issue you might run into in terms of accessibility is if your VR boundary zone is narrow. There are some scenes, such as when you are in the nighttime security guard office, where the desk and buttons are spread out upon a wide set; if your boundary is too narrow, you may need to reach outside your boundary too press some of the buttons.

The user experience (UX) and UI feel wonderfully integrated into the scenes. Pressing buttons on real-world objects like a phone, on a wall, or a control panel, rather than using a trigger on a 2D menu, feel very realistic. The user experience definitely helps trick your mind into believing you are really present within the scenes.

Overall the game is fairly simple, yet very engaging and successfully executed. The user experience is well-integrated into the gameplay and designed with a visual polish which emulates the dark and scary plot.